Spotiz launched in January 2022. This Swiss application, available throughout the country, aims to contribute to the fluidity of personal transport within cities by simplifying access to parking spaces in the city.

The objective is to reduce the travel time of motorists in a political context of reduction of the place given to the car in the city centers.

Indeed, the concept of multi-modality is gaining momentum in transportation policies.

In the field of transport policy, the multimodal approach increasingly refers to the desire to develop alternative transport chains to the road or to the use of private vehicles whose environmental impact is considered too negative.

Why are governments focusing on a multimodal vision of transport? Is this trend sustainable? How does Spotiz fit into this vision of the future of transportation?

I/ Multi-modality, a sustainable restructuring of individual transport

The development of the concept of multi-modality in public transport policies responds to an imperative: to fight against automobile traffic congestion. The latter is indeed a source of many inconveniences (see article) and has led public authorities to take action to structurally modify the distribution of transport modes used by urban dwellers.

Transport can be divided into three categories:

If the private car naturally triumphed in the first phase of urbanization, it is because it inherently has a double advantage:

Thus, the private car seemed to be the perfect embodiment of the adequate means of transport, combining freedom for citizens and simplicity for the public authorities. The size of the French car fleet increased from 2.3 million in 1950 to 30 million registered vehicles in 1995. Nevertheless, the 1990s marked a break in the order of things.

The perception of the individual car gradually began to change among citizens. From an ideal of freedom, the car gradually became a constraint under the weight of the price of gasoline, the increasing costs of vehicles and the length of journeys.

The separation of workplaces from residential areas, which has been implemented since the 1970s in public land-use planning policies, has had visible negative effects on the quality of life of the inhabitants of suburbs and outlying areas. This population, which is now in the majority, depends on the car and the main traffic routes to get to work.

The negative effects are clearly identified:

In addition to these causes, the ecological pressure against the use of cars will create a stigmatization of motorists, who are judged guilty of contributing to global warming through their transportation.
A cultural contrast is being forged between the inhabitants of the city center, with their so-called cleaner modes of transport (bus, bicycle) and the inhabitants of the suburbs who are dependent on cars. This contrast was perfectly illustrated in France during the Yellow Vests crisis.

Faced with these new constraints, public authorities have adapted their land-use planning policy in terms of public transport:

However, these policies remain largely imperfect:

For all these reasons, the private car is not about to disappear as the primary mode of transport for users. A useful approach is therefore to make car travel more fluid for users for whom multi-modality is not feasible, economically sustainable or desirable.

In this perspective, Spotiz is a relevant solution to simplify the end of car trips.

II/ Spotiz, an opportunity for drivers.

As we have already said, the private car remains a constraint for a large number of people who do not have access to credible alternatives.

In addition, the rising price of gasoline is a strong constraint on the budget of these car-dependent households.

Spotiz helps these households to reduce the bill through:

In addition, driving in congested, high-traffic environments is a stressor for motorists. Thanks to Spotiz, drivers can take away that stress and focus exclusively on the journey! By reserving your spot on Spotiz, you know right away where you’re going to park, and at what price.

Moreover, Spotiz was designed as a community application: the more you play the game and participate in making the application better for everyone, the more you are rewarded.

Indeed, this is a great opportunity for drivers who are more sensitive to the values of mutual help and sharing.
Spotiz allows you to notify the presence of available spaces, to make your private parking spaces available, to invite friends on the application. If you multiply these types of actions, you will accumulate points that will give you advantages in your future use of the application.

Finally, if you own an electric vehicle, Spotiz will show you the charging stations available in real time: no more charging problems, you can drive with peace of mind thanks to Spotiz!

Spotiz has been designed to help you and to promote virtuous motorist behavior. We are only at the beginning of the adventure, but our ambition is already clear: to simplify the life of users thanks to a collaborative vision of relationships between individuals.

Download the app!
Read our article in the newspaper 20 min

An app that will help you park but not only” 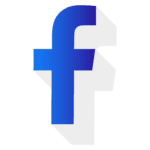 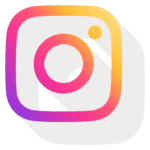 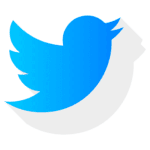 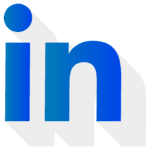 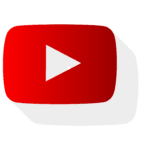 We use cookies on our website to give you the most relevant experience by remembering your preferences and repeat visits. By clicking “Accept All”, you consent to the use of ALL the cookies. However, you may visit "Cookie Settings" to provide a controlled consent.
Cookie Settings Accept All Reject All
Manage consent

This website uses cookies to improve your experience while you navigate through the website. Out of these, the cookies that are categorized as necessary are stored on your browser as they are essential for the working of basic functionalities of the website. We also use third-party cookies that help us analyze and understand how you use this website. These cookies will be stored in your browser only with your consent. You also have the option to opt-out of these cookies. But opting out of some of these cookies may affect your browsing experience.
Functional
Functional cookies help to perform certain functionalities like sharing the content of the website on social media platforms, collect feedbacks, and other third-party features.
Performance
Performance cookies are used to understand and analyze the key performance indexes of the website which helps in delivering a better user experience for the visitors.
Advertisement
Advertisement cookies are used to provide visitors with relevant ads and marketing campaigns. These cookies track visitors across websites and collect information to provide customized ads.
Others
Other uncategorized cookies are those that are being analyzed and have not been classified into a category as yet.
Necessary
Necessary cookies are absolutely essential for the website to function properly. These cookies ensure basic functionalities and security features of the website, anonymously.
Analytics
Analytical cookies are used to understand how visitors interact with the website. These cookies help provide information on metrics the number of visitors, bounce rate, traffic source, etc.
SAVE & ACCEPT